Finland and Sweden are neighbouring countries which share an almost 700 year long and common history. Sweden is the second biggest export market for Finland and is often seen as a stepping stone to the Nordic and European markets for growing Finnish companies.

Despite the successful trade relations there have also been numerous mergers and acquisitions in the past between Swedish and Finnish companies where the results in many cases have failed. On paper everything seems to make perfect business sense. So what repeatedly goes wrong?

As a Swede who has worked in Finland as a search consultant for 11 years with Finnish and Swedish companies I believe the primary explanation can be found in the cultural differences. In my experience the differences in cultural aspects, communication patterns and management styles that do exist are often underestimated by both Finnish and Swedish companies. This frequently results in failed recruitments, expansions and mergers & acquisitions where the underlying reasons are not fully understood even in hindsight.

Although the cultures share many similar traits and values it is vital for the Finnish manager to understand the differences that do exist and how this influences the success or failure when expanding to Sweden.

As a starting point to understanding the key cultural differences from an academic standpoint I would recommend the work of Gerard (Geert) Hofstede  and the theory of cultural dimensions. The theory describes national cultures along six dimensions: Power Distance, Individualism, Uncertainty avoidance, Masculinity, Long Term Orientation, and Indulgence vs. restraint. For a visual comparison between Sweden and Finland please visit:

Having worked as a country manager and led Finnish team members for 2,5 years and helped numerous Finnish/Swedish companies recruit managers I would like to share my own experiences on how I see the general differences in the management styles between Sweden and Finland. Please note that these are my observations and there have been many exceptions along the road.

The Swedish manager is someone who is happy to delegate responsibility and power with the rest of the organisation. Consensus and compromise is sought whenever possible and taking time to explore options ensures a high quality. Conflicts must be avoided at all costs and planning  and ongoing negotiations on a detailed level with clear protocols are means to avoid conflicts from happening. Dividing responsibility and being like everyone else is a security rather than a weakness. The Swedish manager is not afraid to initiate new contacts with foreigners and international markets. 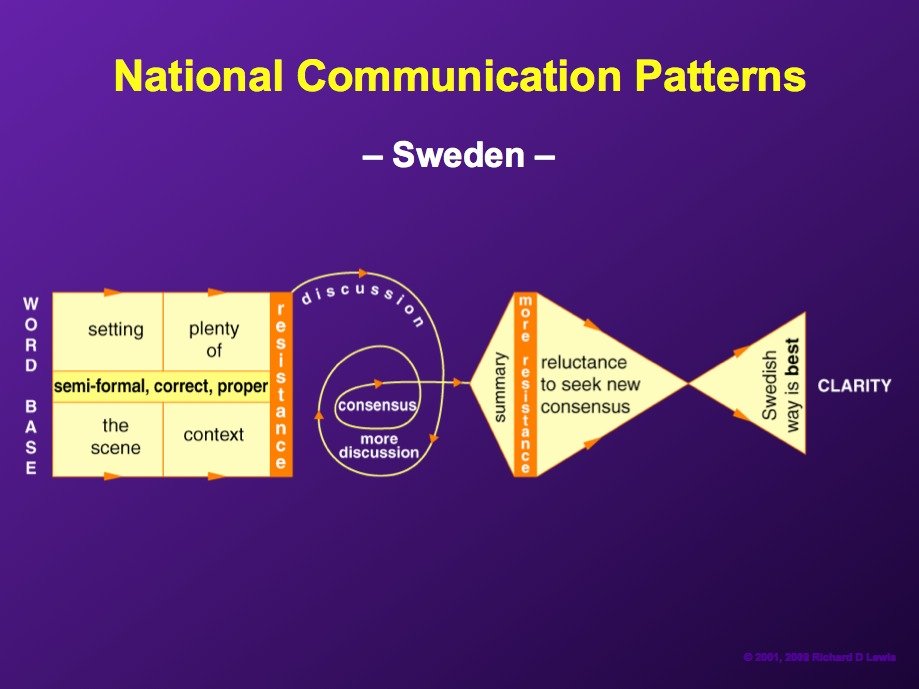 Compared to the Swedish manager the Finnish counterpart is a man or woman of action who is not afraid to take individual responsibility or take a conflict when needed. It is a more hierarchical and formal management style compared to the Swedish. The Finnish manager puts a lot of emphasis on duty and being extremely honest where verbal agreements often is enough to strike a deal.  The Finnish manager is action oriented and sees quick individual decisions as being highly effective and a measure of good management skills. The Finnish manager is more reserved and will listen closely and speak less, especially in an insecure environment such as an international meeting or conference. Body language is a sign of weakness and physical contact except handshaking is to be avoided at all costs. Small talk is a waste of time. 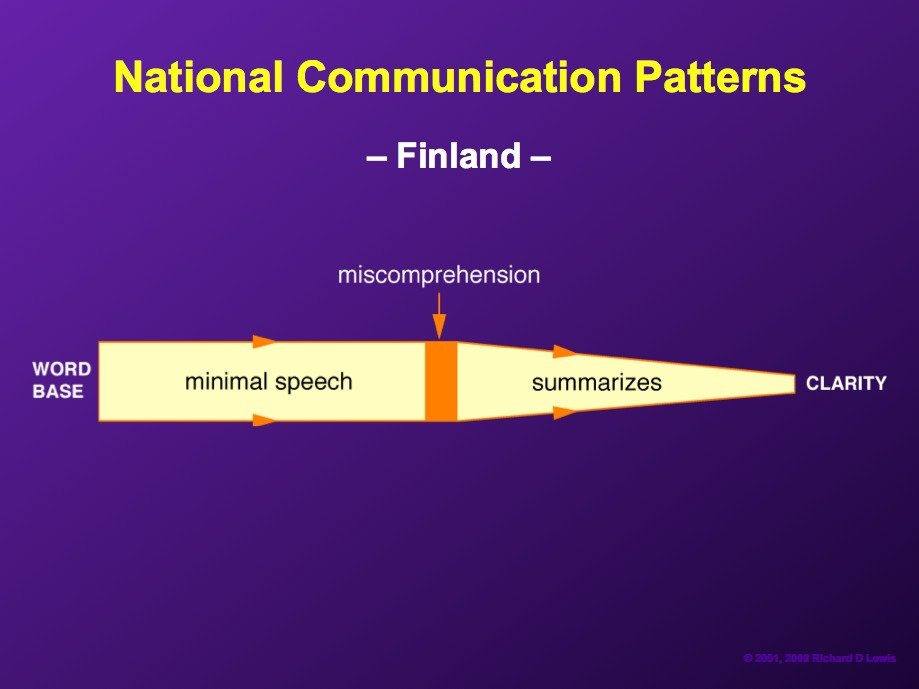 Before taking the plunge

In my view the two cultures and management styles often vary substantially on several fundamental aspects with clear cultural differences in communication and management styles. For Swedes Finnish leadership style is often seen as being too commanding and unnecessary straightforward. The Swedes will often take criticism personally and therefore often be offended by the bluntness of the Finnish manager. Enforcing the same management style on a Swedish team can therefore turn the whole team against you in no time. The constant consensus seeking Swedish manager often makes his Finnish counterpart highly impatient and often sees this as a distinct weakness.

My advise to Finnish companies entering the Swedish market is to not only consider the “hard business facts” but also the soft values and cultural aspects discussed briefly here. Invest the time and money with business partners that understand the market well. Do not try to look for a “Finnish” manager in Sweden by yourself and feel content when you have found this person. Be prepared to be a lot more patient and humble than during the start in Finland and do not think you can manage the operation remotely from Finland – think globally but act locally. This view is shared by my Finnish colleague who has worked in Sweden for over three years:

“I usually advice Finnish companies making a market entry to Sweden (or any country) to live there physically in the beginning until a member of a founding / management team is confident to leave the local operations to be run by a country manager or another person locally in charge. This is mainly due to common sense and also due to feedback received from Swedish candidates hired to Finnish companies: they feel in most cases that they have been left alone. I could imagine that the other way around it could work better. Slightly more isolated and less cohesion-seeking Finns might be fine just ‘cowboying the market’ and reporting once in a while to a foreign manager by phone & email. But it doesn’t work the other way around, and this is something I see many Finnish companies & managers fail at. “Rent an apartment for 6-9 months, live in Sweden and work side by side with the team you’ve hired. You’ll get to learn them plus local clients and business culture, and they’ll get to learn you, your company culture and your products & value proposition”–  Hannu-Matias Nurmi, Group Director Mercuri Urval

From a business perspective you must also be aware that your network, brand and impressive Finnish references will mean very little in Sweden if not present in the market. Language is another natural barrier compared to the rest of the Nordics so if you do not speak fluent Swedish, hire someone that does and who understands the culture.

With patience, a local presence, reliable business partners and a slightly softer and more humble management approach the chances of succeeding in Sweden will increase dramatically. You will then be awarded by your team working together, sharing ideas and supporting your decisions collectively – until there is something new to agree on that is… Patience is indeed a virtue in Sweden! 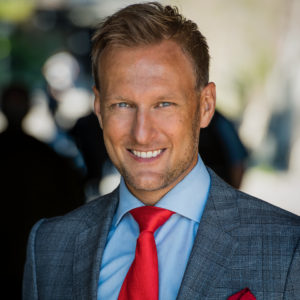 – M.Sc. in Economics and Business Administration from Hanken

– Swedish national who has lived 15 years in Finland

Read more about our Grow to Sweden -program from here.

We are hiring: Marketing Director

Innovestor Group is a fast-growing investment firm operating within the domains of venture capital, financial services and corporate venturing...
30.06.2021

Fiksuruoka, the fast growing technology and e-commerce company that reduces food waste by selling surplus groceries through its online store a...
28.05.2021
Back to News